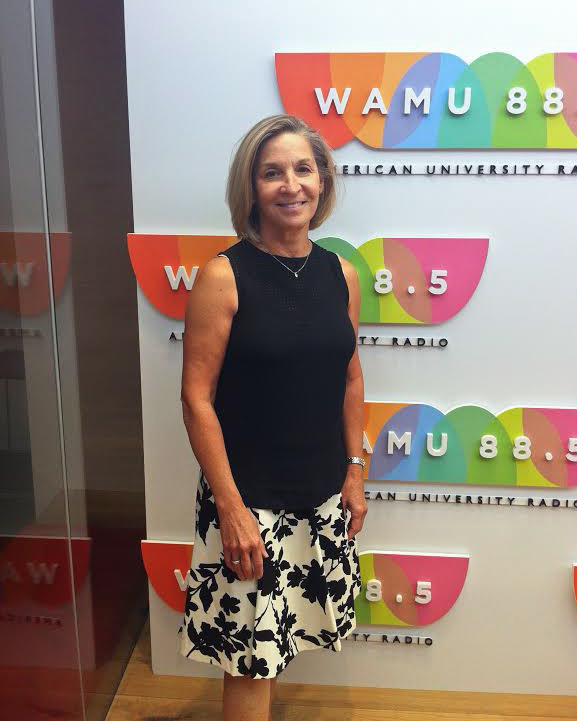 I talked to WAMU listener and former volunteer Jackie Fishman about her relationship with public radio, her favorite radio stories, and her career. Jackie’s currently a freelance writer, working mainly for a vitamin and supplement industry magazine. Before going freelance five years ago, she worked in healthcare communications, was a director of PR at a local hospital, and even taught middle school at one point.

Jackie thinks of public radio as a companion—it’s followed her throughout her life and continues to influence her.

As a longtime NPR listener, Jackie’s has heard radio evolve over the years. The main change she’s seen is the incorporation of more and more sponsorships, she said.

Jackie appreciates radio hosts like Diane Rehm and Terry Gross for their honesty and willingness to investigate topics deeply and fearlessly, she said. She and Gross were college classmates at the University of Buffalo.

Radio has also influenced her children, whom she calls “NPR babies.” Jackie told me about a particularly memorable “car moment” that ended up involving Bill Clinton and some unplanned sex-ed.

Public radio can tend to lean ideologically left, Jackie said. If she could change one thing about it, she’d choose to balance it out a bit more.

I asked Jackie about what keeps her, having been a writer for so long, excited from day to day. Taking on new challenges is the key, she said. “I’m at the point in my life where if I’m not sure if I’m going to succeed at something, I’m going to do it anyways.”